Censorship and the Author: In Conversation with Benjamin Alire Sáenz

The NMSU Library will host a free event with author Benjamin Alire Sáenz on Thursday, September 22nd at 4:00 p.m. at Branson Library (1305 Frenger Mall) to celebrate Banned Books Week.  Sáenz will discuss the creation of his award-winning Aristotle and Dante book series, its critical reception, and recent efforts to ban and censor these YA novels. Jessica Powers, editor and NMSU Visiting Professor, will serve as moderator. A question and answer with the audience will follow the formal presentation. Copies of Sáenz’ works will be available for purchase and signing. This event is open to the public. 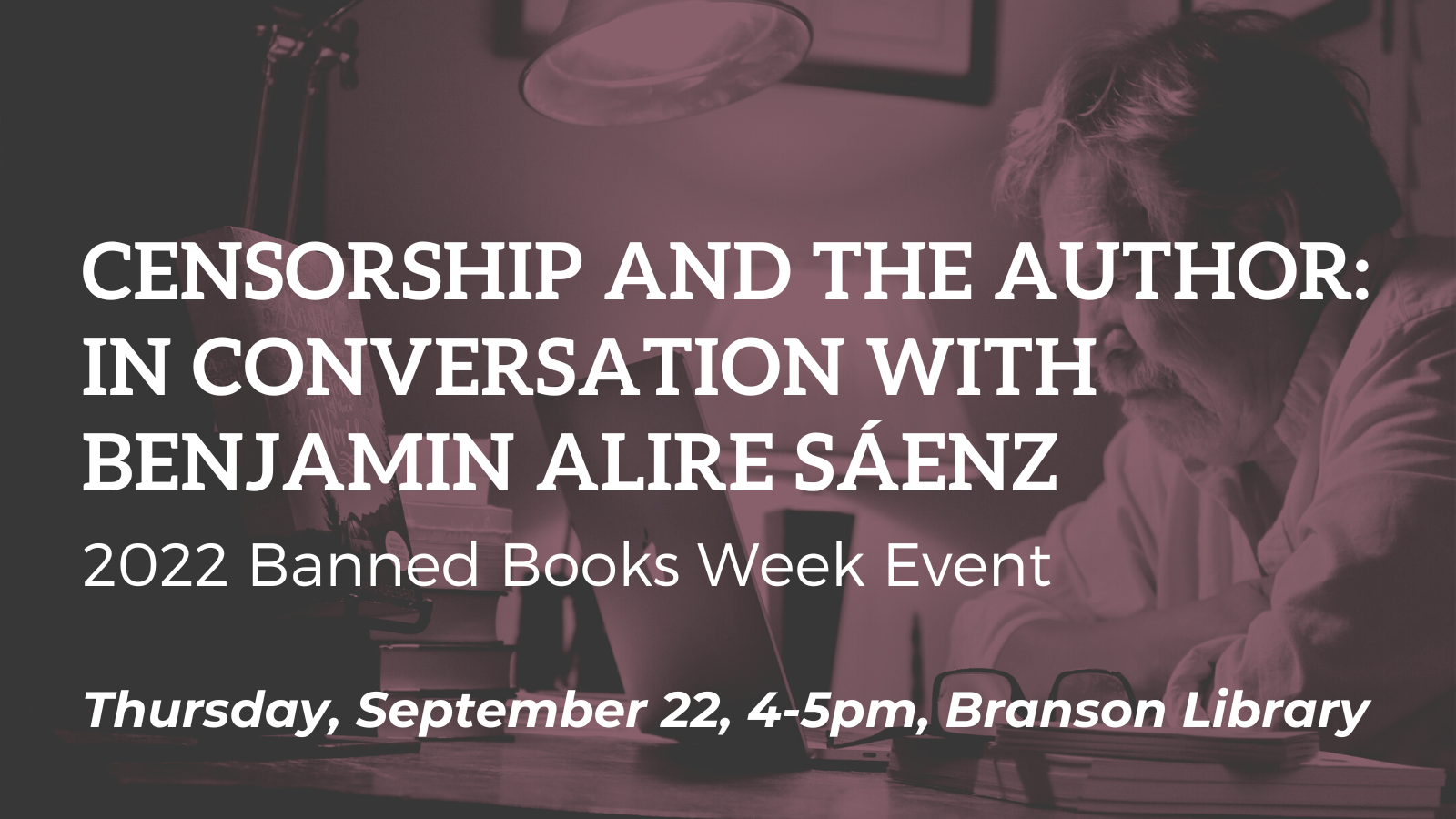 Published in 2012, Aristotle and Dante Discover the Secrets of the Universe received critical acclaim and appeared on the New York Times’ bestseller list. Set in 1987 in El Paso, the YA novel follows the friendship of two Mexican-American teenagers, Aristotle “Ari” Mendoza and Dante Quintan, as they navigate their racial, ethnic, and sexual identities.  The novel earned numerous awards including a Stonewall Book Award, the Michael L. Printz Award, and the Pura Belpré Award.  The sequel to the book was released last October, while a film adaptation will premiere this month at the 2022 Toronto International Film Festival. 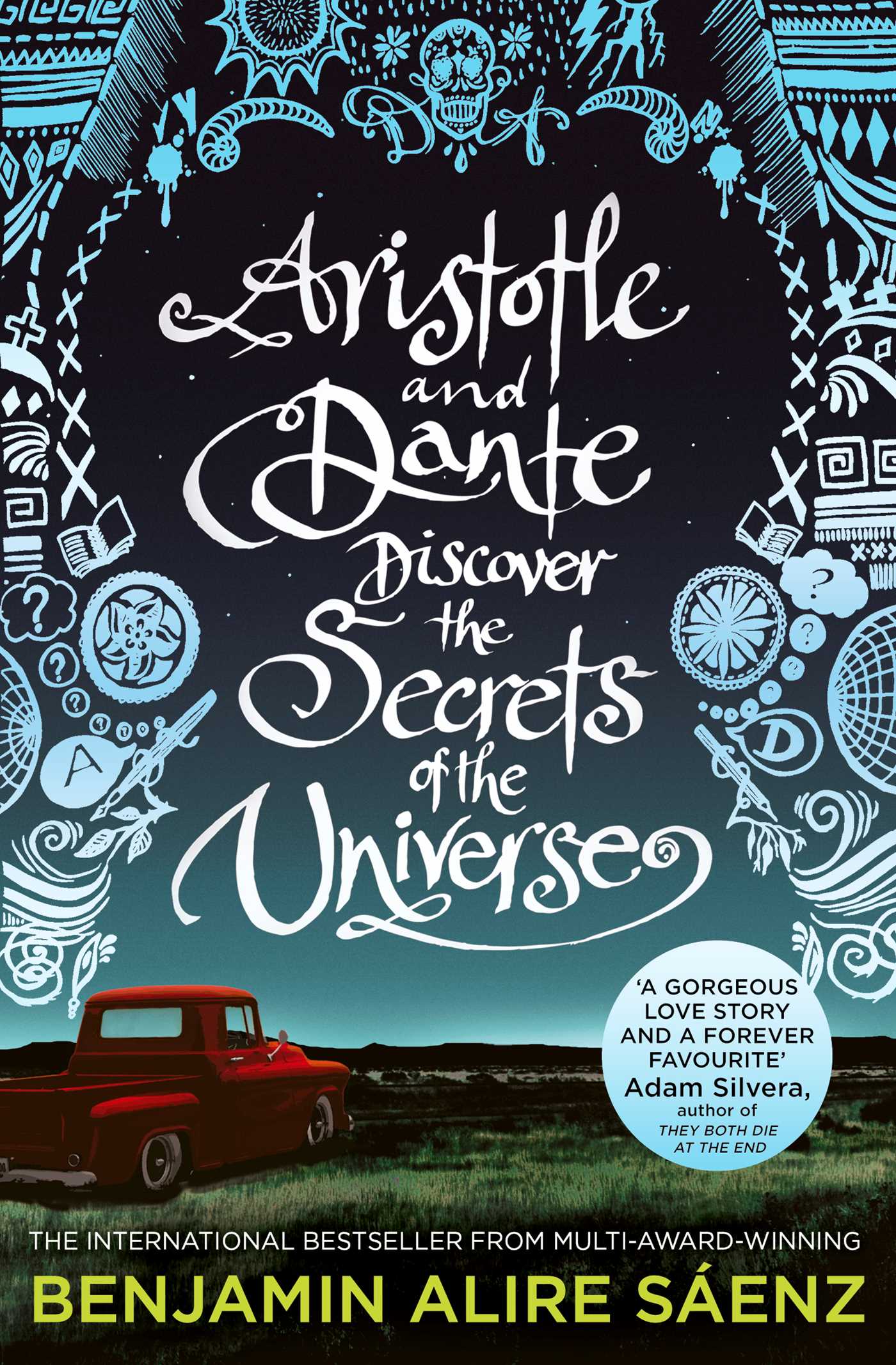 The recent surge in attempts to ban books in public schools has included challenges to Aristotle and Dante.  In November 2021, the Indian River, Florida, chapter of Moms for Liberty, requested 156 books that the group deemed “sexually explicit” or “based on critical race theory” be removed from the Indian River County schools. After a district wide review the following winter, school officials allowed copies of Sáenz’ work to remain on the shelves of the high school library.  Similarly, in January 2022, Granbury (Texas) Independent School District pulled 130 titles from school libraries, nearly three-quarters of which featured LGBTQ characters or themes.  While Aristotle and Dante was ultimately returned to the school library, the threat remains as some in the community continue to push the school board to remove books deemed “explicit and not age-appropriate.”

Ben Sáenz was born at Old Picacho, New Mexico, the fourth of seven children, and was raised on a small farm near Mesilla, New Mexico. He graduated from Las Cruces High School in 1972. He earned an M.A. from the University of Texas at El Paso, where he later taught, and a Ph.D. from Stanford University.   He is an award-winning American poet, novelist, and writer of children’s books, and resides in El Paso.

Event moderator J.L. (Jessica) Powers is the author and editor of 9 award-winning books for children and young adults. She teaches in the MFA program at UTEP. Formerly an editor and publicist at Cinco Puntos Press, she is founder and publisher at Catalyst Press, an award-winning publishing company that specializes in African literature.

This event is co-sponsored by the DACC Library, the NMSU LGBT+ Programs, and La Sociedad para las Artes.